Leadscrew Actuators produce linear movement from the rotation of a rotary motor. They are used in a variety of applications, including position adjustment of hospital beds and furniture, machine tool actuation, valve actuation, and others. 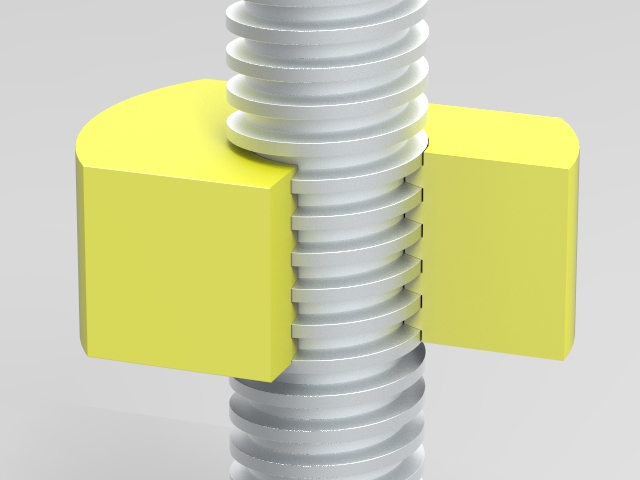 Leadscrew Options
The screw thread design, along with the materials and finish of the leadscrew and nut, can have a sizable impact on efficiency. A trapezoidal thread profile and rolled thread construction are desirable for strength and efficiency. Low friction polymer material, or lubricated metal are desirable for the nut.

A small leadscrew diameter will reduce friction losses, but may result in higher pressure and faster wear between the leadscrew and nut.

The rotating element of the actuator needs to be supported by a bearing having sufficient load capacity to support the axial load.

Where high forces are required, a small lead – or use of a timing belt reduction mechanism – are preferred to achieve the maximum mechanical advantage.

Leadscrew actuators are based on a threaded rod and matching nut. One of these two elements is turned by a motor, either mounted directly to the motor shaft, or coupled by gears, belt, or other mechanism. The other element is attached to the component to be moved, and constrained so it cannot rotate. The relative rotation of the two elements causes a linear movement along the axis.

There are two components to the torque required to turn the rotating element of a leadscrew:

Friction torque – the load (F) applied along the axis is assumed to be applied to the outside diameter (D) of the leadscrew, acting at a radius of D/2. Where the friction co-efficient between the two elements is μ, a friction torque component (T1) is calculated as follows:

The mechanical work carried out in one revolution is calculated by multiplying the load force (F) by the lead (L) of the screw elements (the displacement produced for 1 revolution).

The rotary work is obtained by multiplying the actuation torque (T2) by the angle in radians (2 x π) translated in one revolution.

So the total torque required to turn a leadscrew is given by:

This equation simplifies the losses due to friction. Efficiency may be worse than assumed in this. 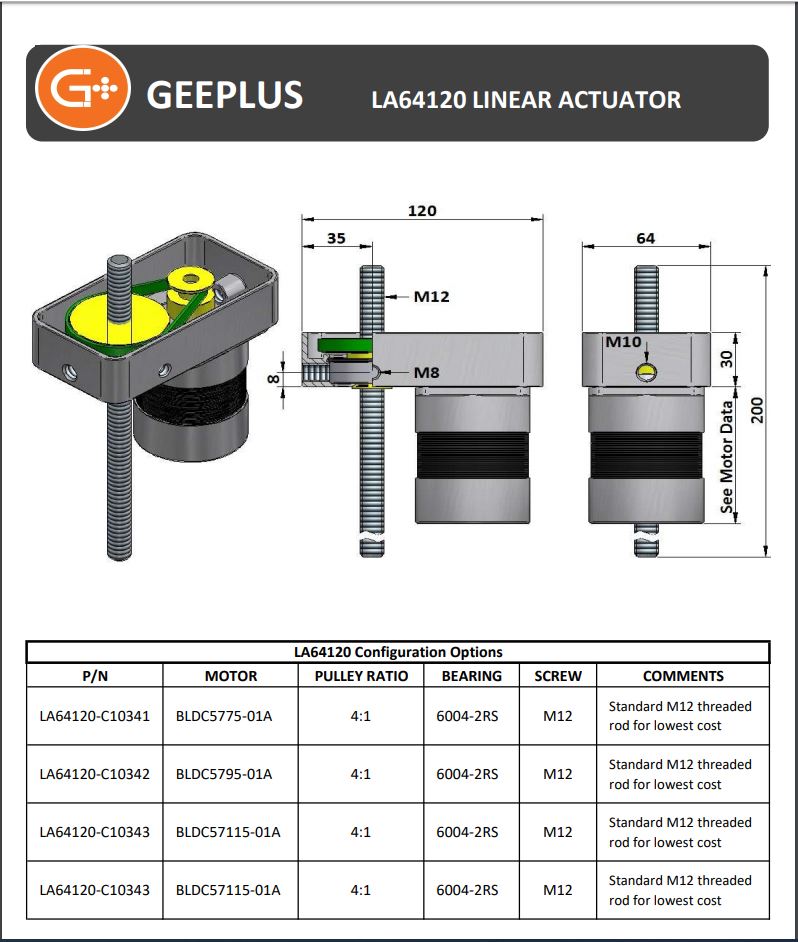